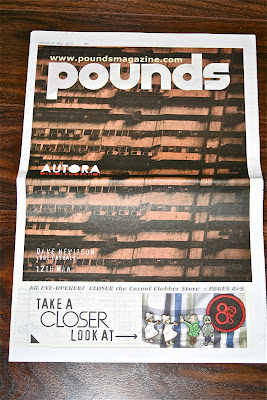 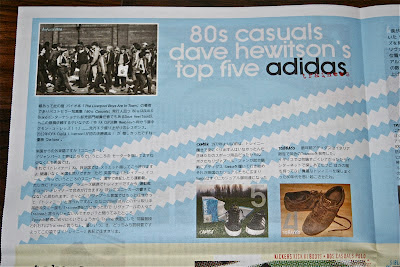 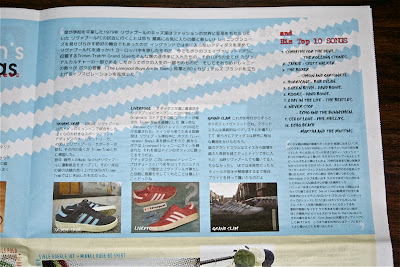 One of our good friends from Closer http://closer.shop-pro.jp/ in Japan is one of those behind the Casual related 'Pounds' magazine which we have featured a couple of times already. Last months edition contained a Top 5 adidas trainers of all time section. I'm not sure if they will be running this each month but I was asked for my own Top 5 by the guys.
As you can tell from the pics my choice was very early 80s related with Samba, Trimm Trab, Grand Slam and an Italian re-issue of the Tobacco from 3 years ago, plus the Liverpool [Trimm-Trab silhouette] making up the five. The trainers were not picked because of their Style/Shape/Colour etc but generally because they told a story in their acquisition.
The Samba were the first purchased at the age of 14 in 1977 as the fashion of wearing trainers took a hold. The Grand Slam involved a trip to Basle, were England were playing in 1981, just to cross the border into West Germany to grab a pair. The England game was a second thought. The Trimm-Trab involved a trip to Germany again but this time taking in the Aston Villa 1982 European Cup Final. The Italian Tobacco's purchase reminded me of those early days as they were unavailable in the U.K. at the time and so were quite exclusive. Finally the Liverpool were limited to 100 and were only available from the adidas Originals store in Liverpool. I was lucky enough to be invited to the opening and the Liverpool were produced in recognition of the infatuation with the brand by those in the City.
The magazine is only available in Japan but I suppose if anyone should really want a copy, then the guys from Closer may be able to help.