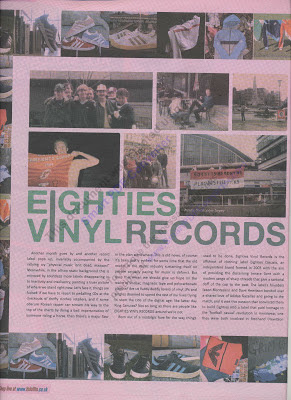 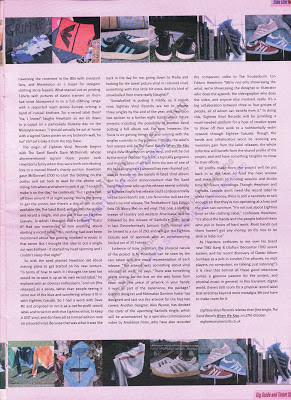 The guys from Liverpool Music Magazine Bido Lito have an article on our Vinyl label in the latest issue published this week.
The Monthly publication features everything you need to know about Music and Gigs in the Merseyside area. Besides producing 5000 free magazines each month for distribution as far as London and New York, Bido Lito is also available to view on-line. There is also a Podcast available to listen to each month.
Check here for Issue 28 in the Definitive Guide section.
http://www.bidolito.co.uk/
http://www.facebook.com/EightiesVinylRecords
Posted by Eighties at 09:09 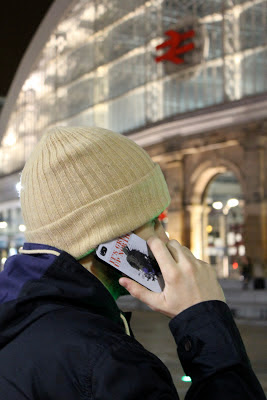 Available in our Store now and from usual outlets in the coming week is our 10th Anniversary IPhone Cover. Offering protection from those bumps that may occur during or after the game, the cover depicts an image from one of our most recognizable T-Shirts 'It's Grim Up North'.
£19.95 here;
http://www.80scasuals.co.uk/shop10.html
Posted by Eighties at 00:39 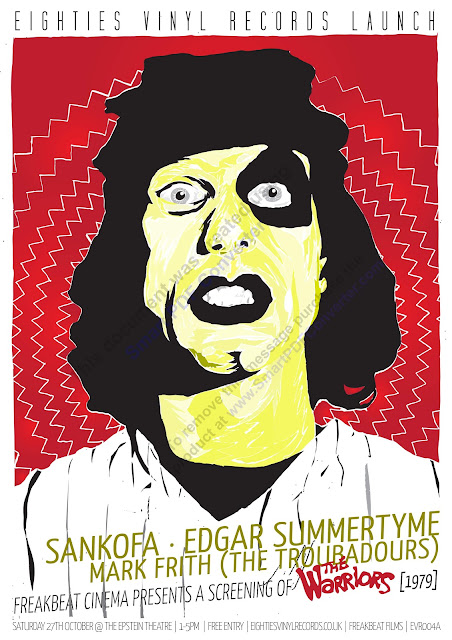 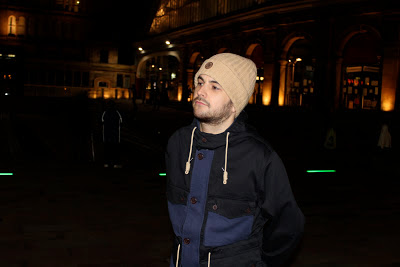 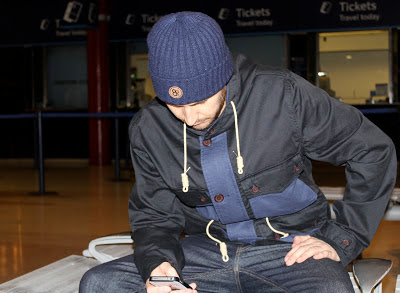 The Reference Council have taken a liking to our Winter Gentry Collection. After a small plug for the Deerstalker, the lifestyle blog gives our Trappers Parka a nice mention as the fashion item of the day.
http://www.thereferencecouncil.com/
The Parka goes live on our website tonight at 8.00pm whilst Stores should be receiving their allocation in the coming week. Priced at a recession busting £105 the Trappers Parka will be one of those Jackets that can be pulled out of the wardrobe year after year.
The Reference Council also asked for an interview about the Eighties Vinyl Records side project. If you were wondering the hows and whys of setting up the label, check out the link;
http://www.thereferencecouncil.com/2012/10/80svinyl-records/ 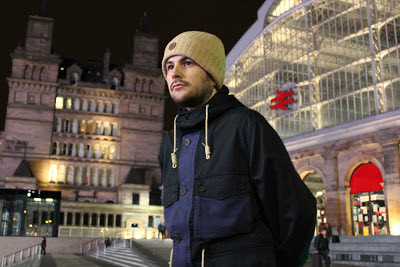 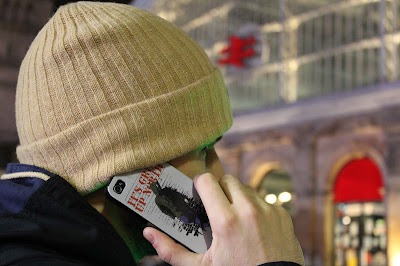 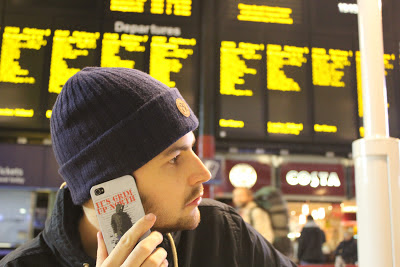 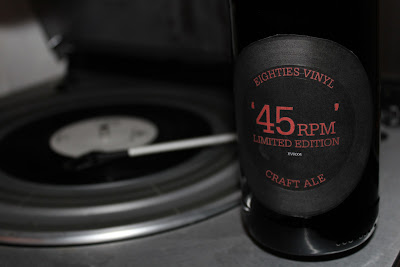 This coming Saturday we are having a Launch for our side project Eighties Vinyl Records.
We already have Three Limited Edition 7" Vinyl Singles scheduled before Christmas and to kick off the venture we are having a few drinks at The Epstein Theatre in Liverpool between 1.00 and 5.00pm.
Guests include Mark Frith [The Troubadours], Edgar Summertyme [ex Stairs and Free Peace] and Sankofa plus Freakbeat Films will be showing the 1979 classic 'The Warriors' in the Theatre.
Everyone is invited.
As part of the day we have commissioned some locally sourced Craft Ale which are limited to 45 bottles and named '45RPM'.
Back in the late 70s/ early 80s Joy Division's Factory Records had an eccentric way of cataloguing each release on its label. Besides vinyl releases, promotional graphics and film were also catalogued in chronological order.
As the 80s have been a massive influence on not only the 80s Casuals brand but also our Vinyl only label, we thought we would use a similar process.
Therefore the '45RPM' Craft Ale will be Cat Number EVR004 whilst a Poster for the Launch Event will have the number EVR004A.
EVR001 to EVR003 are the first three Limited Edition Vinyls which can be ordered here;
http://www.eightiesvinylrecords.co.uk/
keep up to date at the facebook page http://www.facebook.com/EightiesVinylRecords
Posted by Eighties at 12:55 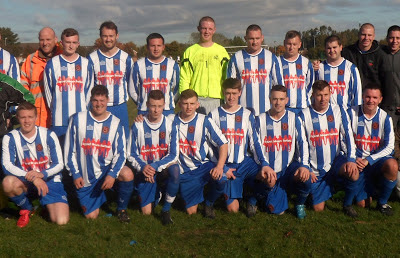 Due to our passion for football we are often approached to sponsor teams around the country at grass roots level. Now we are only a small company and have already helped many teams with a kit and have committed ourselves this season to a local junior football club, a boxing club and the setting up of a vinyl record label to help local bands. So when asked by a group of young lads who were trying to set up their own Sunday team, we turned to our 80s Casuals Forum members to help out in return for a marathon run from one half of our team Jay Montessori.
The lads did us proud and the money came in, which meant we could purchase the young team a kit and have it printed.
Therefore a huge Thanks goes out to the 80s Casuals Forum Members who kindly contributed and welcome to the Eighties family....Sutton Casuals F.C.
Posted by Eighties at 02:51 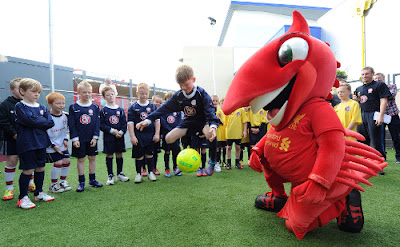 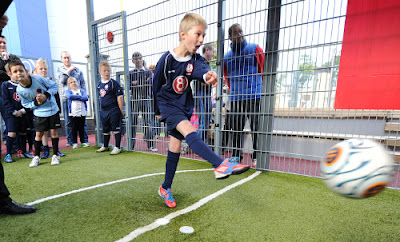 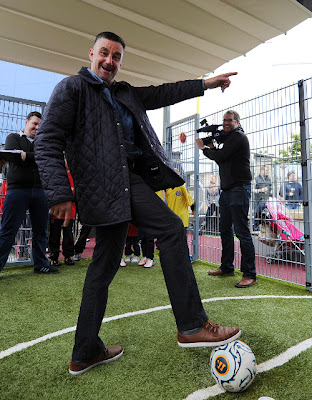 It was nice to see one of our sponsored young teams make an appearance on the Liverpool F.C. website and T.V. Channel this weekend.
They were invited down to Cheshire Oaks to try out a new penalty shoot-out simulator at the new Liverpool Boot Room Restaurant.
Amongst the guests were John Aldridge and impersonator Darren Farley.
The lads enjoyed a few spot kicks before sitting down to a meal with the ex Liverpool and Tranmere legend.
Posted by Eighties at 14:42

There was a nice little mention on The Reference Council blog site today for the Eighties Deerstalker.
If you haven't seen the site before, it gets up-dated daily with news on Fashion, Music and Design.
I recently answered a few questions about the Eighties Vinyl Records label and the reason for starting the label plus our plans. The interview should be up in the coming week.
The Reference Council is amongst our favourite blogs we like to keep up to date with.
http://www.thereferencecouncil.com/
Posted by Eighties at 14:28 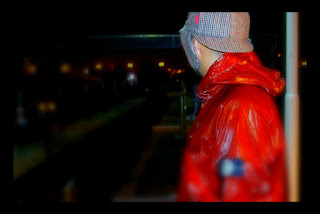 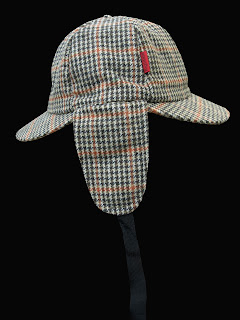 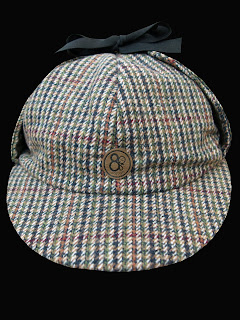 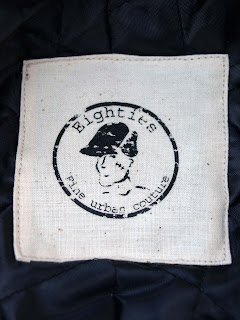 We begin our 'Gentry' Collection with some headwear stolen from the Hunting Gentry of this land.
The Deerstalker uses a check design which works as camouflage whilst deer stalking. It became an iconic stand out piece of Terrace Wear during the mid Eighties and has inspired us to re-produce one for the second year running.
This season we have two check styles. The Balmoral and the Moorland.
These are a website exclusive and both are available while stocks last in store;
http://www.80scasuals.co.uk/shop10.html
Posted by Eighties at 13:03 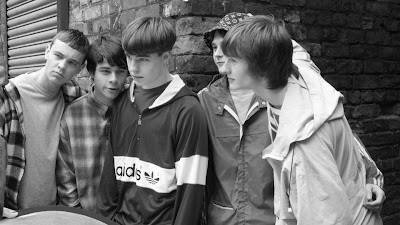 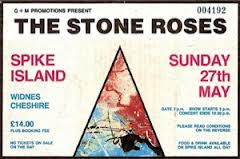 Spike Island premieres this week at the London Film Festival. The film follows a rising indie band as they travel to Spike Island in Widnes to witness the Stone Roses gig that will go down in folklore.
As well as licensing the Stone Roses music, the film also uses original footage from the actual gig in 1990.
Check the BFI website for screenings this week.
http://www.bfi.org.uk/
The film is not due a general release until 2013.
Posted by Eighties at 12:07 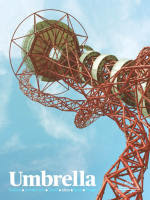 It's free, it's on-line and it's a good read. Umbrella Magazine has been in our favourites since Issue 1 and now the 7th Edition is on-line to read or download for future viewing.
It's also possible to pick up a hard copy via a link on the site.
http://www.umbrellamagazine.co.uk/
Iconic Albums, Architecture and the Stone Island legacy are just some of the topics covered.
Posted by Eighties at 12:18 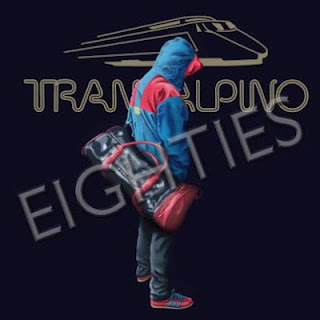 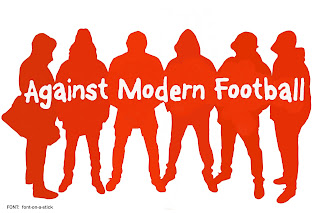 In the run up to Christmas we shall be bringing you just a few new designs. We start this month with a Transalpino design that is in its third reincarnation. Our simple original logo design dates back to around 2005 but as times have progressed so has the intricacy of the designs.
The image depicts a typical figure heading to the train station.
Large Head Bag flung over the shoulder with the Transalpino logo highlighted in Gold.
Orders are being taken at present with Stores expecting delivery at the end of October.
Also this month the popular 'Against Modern Football' design is translated back into English as an exclusive to Stockists. The Spanish and French versions are still available here; http://www.80scasuals.co.uk/shop1.html