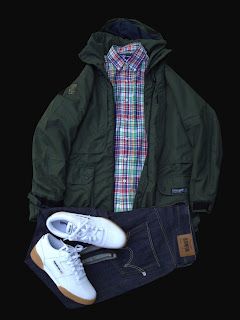 So yesterday my season finished having to endure watching another teams fans invade our pitch celebrating their promotion having been 21 points behind us when we played them in the return fixture with us at the top of the table, but that's football eh.....

When you support a relatively small team like Tranmere Rovers for me it's not about the football on the pitch, it's the camaraderie, dressing up and travelling the country checking out like minded chaps. On the down side we have to suffer a pretty poor standard of the beautiful game with a lot of empty seats, but on the up side you don't get lost in the crowd at a small club and many become an extended family (a bit like 'Cheers' where everyone know's your name).

So brownie points time it is (mow the lawn, paint the fence go for a ride with the kids) until the curtain raises again on what promises to be another season of obscurity and a wardrobe full of clothes I don't need ( but that's not the point on board the casual express). My business partner Dave is lucky enough to have a few more weeks of what we love to do with his team in the good old division one and still having something to play for.

Hope you've all enjoyed it as much as I have so and roll on next season with a few new grounds to visit and hands to shake. JM

NO SCARVES NO RUNNERS 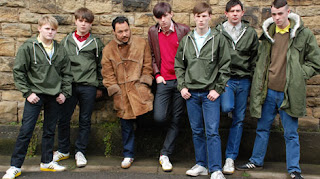 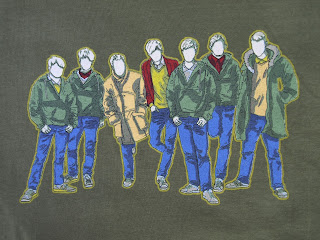 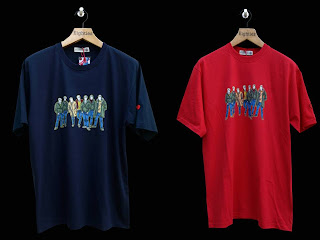 We've never met a good lad yet who doesn't rate the iconic novel 'Awaydays' by author and pal Kevin Sampson. The book just happens to be set in our own back yard and takes much of it's character inspiration from some very good friends, but of course we're not biased!

This design has been re drawn by the talented Paul Cruse from original photography by local lad John Johnson (http://www.johnjohnson-photography.com) . The facial recognition has been removed to symbolize that this could have been the story of many a chap growing up in that era with a passion for clobber, football and the occasional dust up.

Website exclusive out later this week not available in any stockists. JM

WHAT'S YOU NAME? WHERE YOU FROM? WHAT YOU ON? 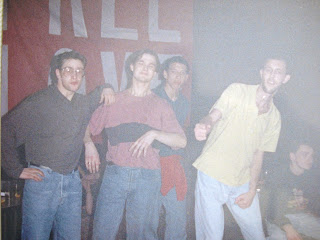 Another sub culture to play a big roll in terrace history was the emergence of house music in the UK circa 1988. It's well documented that many lads gave up the match and the rivalries that came with it to dance around abandoned warehouses from midnight till the break of dawn.

If you have been with us for a while you will know that I like many became entranced by this era chasing all over the North West in the wee hours looking for moody rave venues. For me that quickly led to DJing hence many a nod to this fantastic time appearing on our prints. I personally fell out of love with the scene when it was sanitized and brought into night clubs 'for our own safety', but I've never lost the passion for the music.

So what this is all building up to is sharing my passion with regular mixes from both myself and one or two other forum members who know their way around a DJM. I'll start with a clip of a live set of myself playing back in 89 followed by a more gurn free selection that rings my bell these days...oh and keep an eye out for our 'Do You Remember House' design released soon! JM 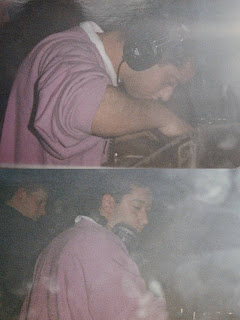 https://soundcloud.com/jay-montessori/the-future-is-yours
Posted by Eighties at 06:30

Something that was conceived on our forum a while back now was the weekly posting of pictures showcasing members match day outfits. Since then it's spread to our facebook page and although not everyone's cup of (some even find it a bit gay), I personally find it very intriguing to see styles from all over the world sent in and even more so heartening to see that the art of dressing for the match is still alive and kicking.

Should you wish to post in your match going attire for your peers perusal, you can send your picture to us via our facebook page https://www.facebook.com/pages/Eighties-Casuals/345667788783278

For my away trip to Preston this weekend I will be mostly wearing..... JM 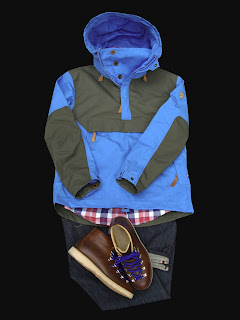 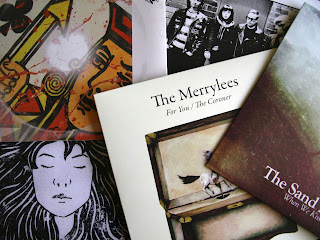 Some of you who own one or two of our fine coats have told us of problems with over playful girlfriends or annoying drunken mates who think it's a hoot to undo the adjusters in our Summit smock and our Trappers parka!

Well worry knot chaps (Sorry that's twice but I came over all Tommy Cooper) as our friends in Hong Kong have sent us a visual fools guide of how to rectify those pesky rope wranglings time and time again. JM 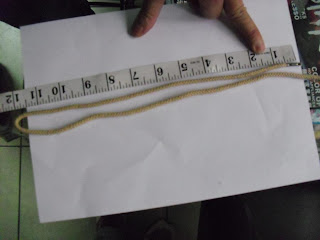 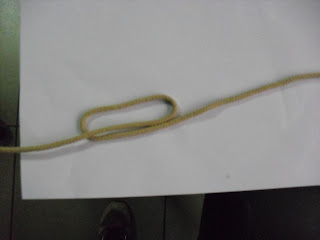 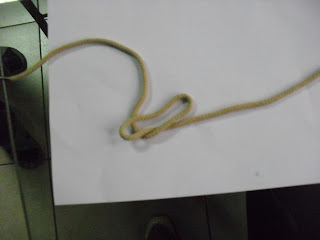 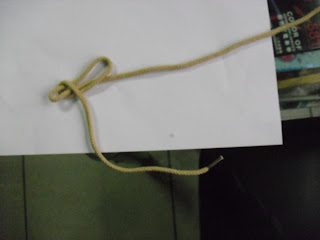 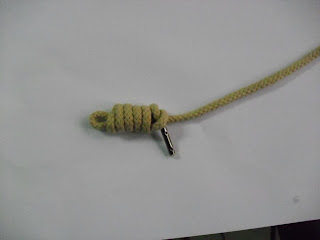 Let's face it most match going types of a certain age will have had a flirtation with being a MOD or riding a scooter at some point, or maybe even like ourselves still own the beautiful machine and ride it with a passion.

Now with this in mind it's fair to say that Paul Weller is one of the most iconic figures of this ilk and is the inspiration for our latest print. Adapted from a rare picture of the Modfather himself this design has been put together by the wonderful Paul Cruse and will be online and in stockist from mid May. JM 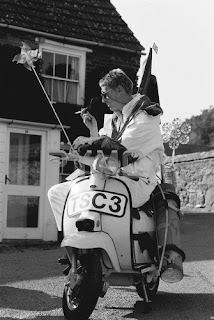 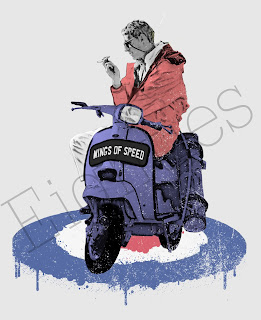 Well to us I guess!

The feedback we have had from you chaps suggests that disposing of our blog wasn't the most popular of moves as many don't bother with the somewhat volatile facebook or tedious twitter....errm sorry about that guys so we're back.

Both of us are working lads with day jobs to, but we will endeavour to keep you up to date on our little brands progress and anything else that we think may be of interest to like minded folk. However we won't be updating you on everywhere we have been or posting pictures of our most recent meal, watch this space....  JM
Posted by Eighties at 10:11