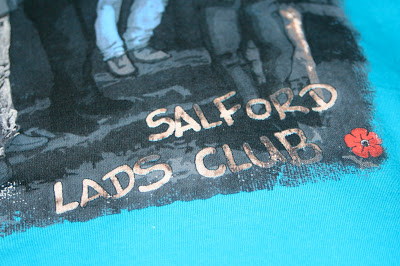 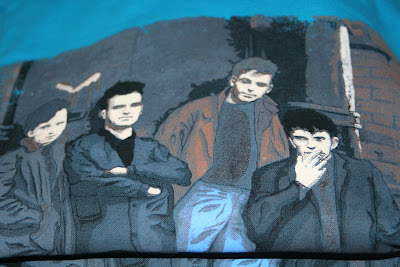 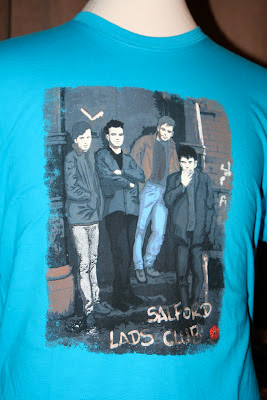 The Smiths whose lyrics seem to empower Joey Barton to philosophize during his tweets are a band that are still obviously resonant in todays culture. Their name was apparently chosen because it was the most ordinary name they could think of, plus 'it was time that the ordinary folk of the world showed their faces'.
Our 'Salford Lads Club' T-Shirt commemorates the 30th anniversary of the groups formation and depicts the Salford Lads Club which was rated third in the U.K.s most iconic buildings, mainly due to it's use on the cover of The Smiths 'The Queen is Dead' album.
The T-Shirt will be available on-line next week as well as from Distant Echo and Ran.
Posted by Eighties at 04:53