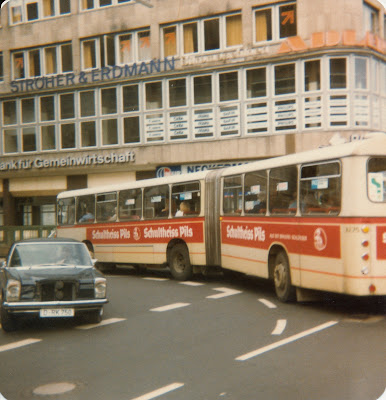 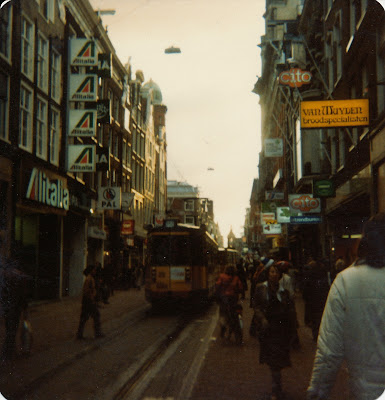 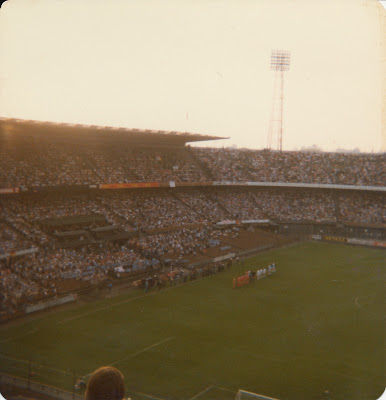 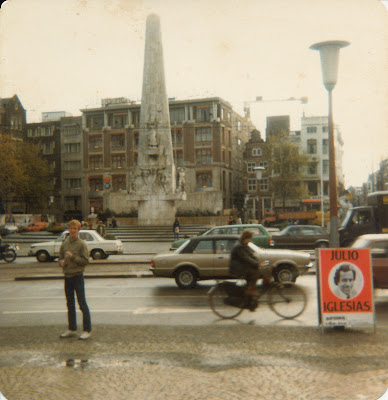 By 1982 we were looking for any reason at all to buy that Transalpino ticket and travel across the Channel in search of the latest Designer Sportswear. The European Cup Final of 1982 was to be held in the De Kuip Stadium in Rotterdam, Netherlands. For the sixth year running a British team had reached the Final. Aston Villa would take on Bayern Munich. This was a good enough reason for us to take in the game via a quick trip to Germany to pick up adidas Trainers plus Fila Shorts, Polos and an adidas Lendl Jumper. The Tennis look of that Summer was in it's infancy.
The outward train journey through Belgium involved an eventful night as we followed Gent fans from our train into their town for a night of celebration as they had just won the Belgian Cup in Brussels. The pub which we ended up in was a lively place, more so once someone turned up with the Cup and proceeded to fill it with Champagne.
On the day of the game we arrived in Amsterdam before jumping a train for the short journey to Rotterdam. Tickets were being checked prior to entering the Stadium. We had none. The ticket was being ripped by the inspectors and one half was thrown to the floor and the other half given back to the supporter. We retrieved some stubs from the floor and got a few Villa fans to pass us the other half through the railings. As we approached the inspectors we made it look like we were ripping our own ticket and then passed the stub to the inspectors. It worked a treat.
Aston Villa won the game 1-0 and we headed back to Amsterdam for a few late drinks.
A quality trip with some nice clothing acquired and a European Cup Final involving three local lads including Kenny Swain whose dad lived in the same road as us. We would see him in the local pub a few weeks later proudly showing off his sons winners medal.
The photos show an articulated bus or 'bendy bus' as we called it which was unique to us group of scousers as was the tram. They were all a part of the thrill of going to Europe and seeing new cultures. We had only ever been used to going to North Wales on family holidays before Rome in '77.
This tale also appears in my book 'The Liverpool Boys are in Town' ''The Birth of Terrace Culture'' which I hope to get re-published as an E-Book later this year.