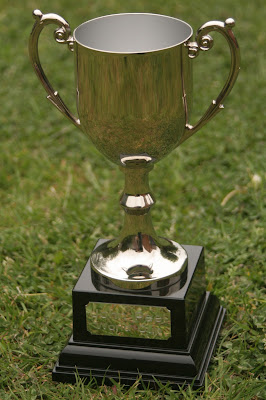 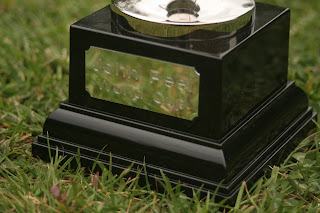 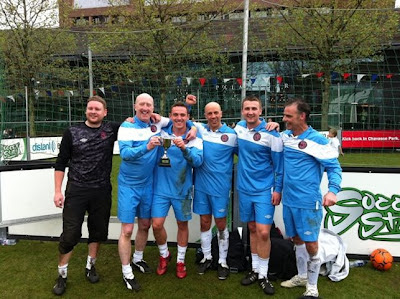 The John Peel World Cup was initiated by Peter Hooton of The Farm with Phil Hayes of Liverpool music venue The Picket as a way of remembering John's love of Football and Music. Proceeds from the event go to the British Heart Foundation. 80s Casuals supported the event by sponsoring a piece of advertising hoarding and competing in the competition for the 4th year running. Teams taking part in the 12 team tournament included Umbro and Liverpool 1 from the world of fashion plus the bands Ghostpoet and The Tea Street Band along with music and football mags such as Bido Lito and Spiel Magazine. http://spielmagazine.com/.
So on Saturday 19 May the eyes of the sporting world were on Liverpool for the only Cup worth winning this year. With a auspicious backdrop of famous architect Cesar Pelli's One Park West, plus a Nando's and a Sound City stage, the games began.
Eighties starting line up had a combined age of 170 [ages of 51, 49, 40 and 30] but we think we are fit for our age, plus two 21 year old super subs.
Our first game was against the physical, rapscallions known as The Tea Street Band http://soundcloud.com/search?q%5Bfulltext%5D=tea+street+band. On a 4 a-side pitch our Roy Hodgson tactics involved playing 4 at the back and soaking up the pressure before introducing the two youngsters for the last 5 minutes of the 10 minute games to hit them on the break with pace.
It worked a treat with a 2-1 win against a very good side.
Liverpool Sound City were up next and these kids looked old enough to be our grandkids. They had won their first game 5-1. We started the game as we did the first as we watched the youngsters knock it about like Barca but without too much threat to our goal. The first 3 minutes were taking their toll now as us older guys chased shadows and so we introduced our secret weapons a touch earlier, but not before a few Ice Hockey style challenges into the hoardings just to let the youngsters know they were in a game. This seemed to knock the kids off their stride and dummies were thrown out of prams as we eventually ran out 4-0 winners.
The final group stage game was against Liverpool 1. Our passage through to the Quarter Finals was already secured so we conserved our energy and played out a scoreless draw.
The Quarters paired us with Manchester indie outfit Kill Van Kulls http://soundcloud.com/thekillvankulls who seemed to be conserving their own energy for the evenings gig, having only just qualified for being the highest scorers of the teams finishing 3rd in the group stage. Needless to say these guys play music better than they do football and another 4-0 win earns us the rights to a Semi-Final berth with local magazine authors Bido Lito http://www.bidolito.co.uk/.
Things are going that well by this stage that the odds are shortening on me getting the Liverpool managerial vacancy.
Having been knocked out in the Semi's for the last two years, we are going to give everything to reach this Final. Well everything for 3 or 4 minutes until young Jack and Jordan take over. The final whistle sounds and we've done it. 3-0 sets us up in the Final against The Tea Street Band who after their early defeat to us have gone through the remainder of the Tournament without conceding a goal.
There's a 10 minute break before the Final so we boost our energy levels with some Haribo, Mars Bars, Lucozade and Red Bull. Us older guys have a 5 minute afternoon power nap and then take a puff on our inhalers and we're ready to go.
The Final we are told is 6 minutes each way. Bloody 'ell 12 minutes. Its a cagey affair to start with and I'm thinking these guys are as tired as us. We sneak a goal but they equalise just before half time. There's no orange segments or rest [damn!] at the break so its change ends and off we go again. By now yours truly is urging the team on from the sidelines as we take a 2-1 lead but the sprightly 51 year old on our team, Gary, wants to come off with 3 minutes to go. Myself and Carl toss a coin and I lose and have to go on. I swop places with Gary and take up a position close to our own goal with Paul the goalie and let young Jack and co do the running. As the seconds count down we manage to sneak a third and then the best Final whistle you have ever heard is sounded. 3-1.
80s Casuals - 2012 John Peel World Cup Winners.
A great day for a great cause in memory of the great John Peel.