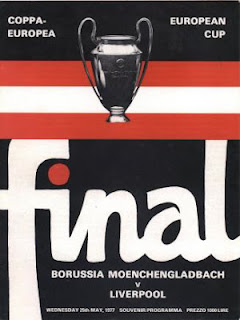 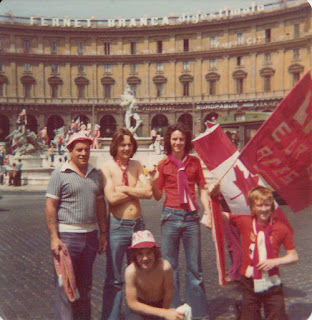 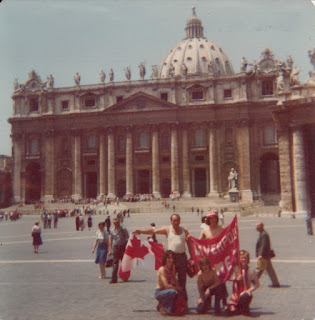 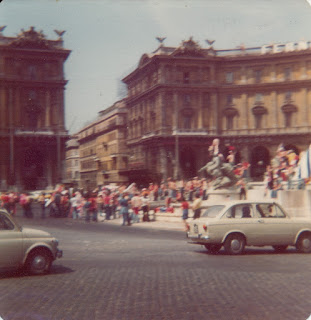 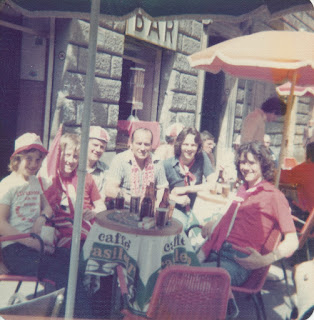 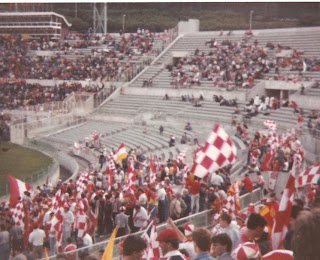 May 25 1977 and what could be described as an occurrence that determined all related events that followed. It was Liverpool's 1st European cup Final in Rome and I had sold my Raleigh Chopper Bike to fund the trip. Two and a half days on a Football Special was no mean feat, traveling through Belgium, Germany, Switzerland and Italy because there was a rail strike in France. Running out of Food and Water after a day meant jumping off the train at the any opportunity possible as it pulled up at a station or the border.
The train arrived early Wednesday morning into Rome Termini and we set off on a sight seeing walking tour, taking in the Trevi Fountain, Colosseum and the Vatican. The warm weather meant the locals were finely attired in Polo T-Shirts, Shorts and Superga style pumps, shooting around on stylish Vespa's and Lambretta's. This trip would be the last time you would see the teenage Liverpool Supporters in flared jeans, baseball pumps and wide collared shirts. Even club colours would be discarded the following season as a band of fashionable teenage supporters congregated on the Anfield Road Terraces.
The Culture that would become known as 'Casuals' was in its infancy as drainpipe style jeans, adidas and Peter Storm Cagoules plus adidas trainers replaced the outlandish finery of the 70s.
The triumphant 3-1 win over Borussia Moenchengladbach whetted the appetite of many, myself included. Rome was a world away from Britain which seemed to be a dull monotone grey colour, whereas Italy had  the sun, pastel coloured clothes and sportswear, outdoor Cafe's and strong lager. Inspiration was abound wherever you looked. The Terraces would never be the same again.
The seed had been sewn and from May 25 onwards Europe beckoned and the lure of Continental Sports Shops would be too big for many.