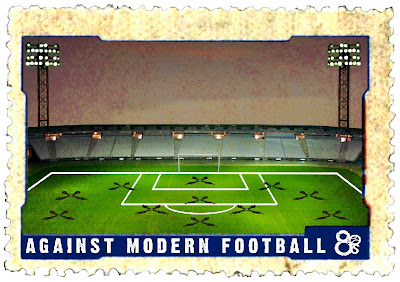 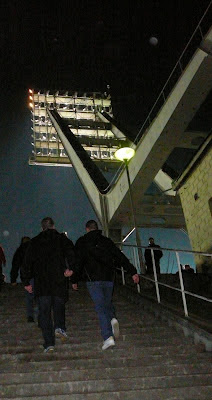 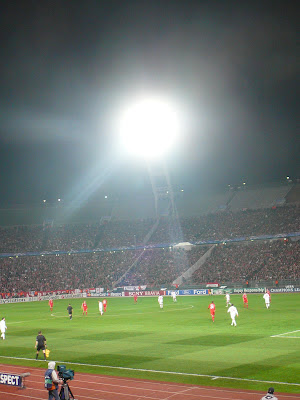 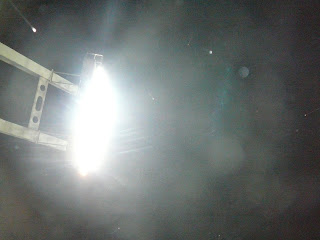 Here we have our latest 'Against Modern Football' design which is in the latter stages of creation.
One of our earliest Football memories as a kid was watching midweek Internationals or
European games on Sportsnight. The Continental Stadiums would have fantastic floodlit pylons
which would create criss-crossed shadows of the players as they ran across the pitch.
Our latest T-Shirt emphasises the players silhouettes in the old style 2-3-5 attacking formation lit by the floodlights in each corner of the ground. The formation known as the 'pyramid' was the first standard formation which spread all over the world and was the first long term successful team formation. Positions included left and right wing, inside left and inside right with the positions playing an integral part in the introduction of numbered shirts.
The T-Shirt is due for a late June release.
Posted by Eighties at 00:09