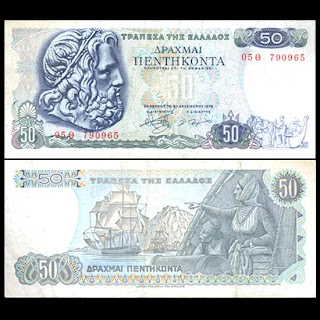 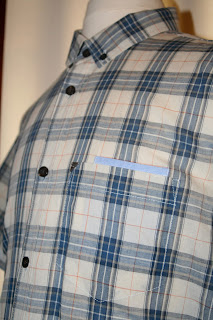 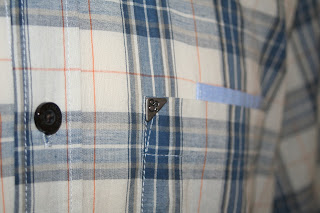 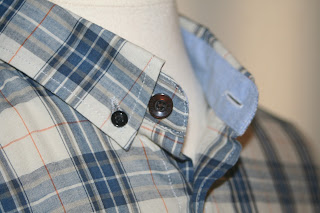 As fears of a second banking crisis looms and the Euro appears in turmoil our Spring/Summer 2012 Grafters Collection takes us back to the 80s and the currency used in the day. Once the Transalpino ticket was sorted, it was time to change some money. If you were travelling by train across Europe a number of different currencies would be needed. The French Franc, German DeutshMark and Italian Lira all made us feel rich as each countries currency seemed to be worth a lot more than the English pound. 10 Francs, 4 DeutchMarks and over 2000 Lira all for a quid.
Each of the garments from our Spring Grafters Collection takes its name from one of the European Currencies that passed through our hands on many a foreign jaunt.
We recently previewed the 'Escudo' Jacket, plus the 'Krone' Cagoule and here we have the Short Sleeved 'Drachma' Shirt. The Shirt comes in two different plaid checks and has a couple of simple details including a contrast chambray neck and cuff lining, plus a breast pocket which has a chambray inner pocket. The idea being that the main pocket can be used for an accessory such as a phone or a pack of cigarettes while the smaller pocket can house a Zippo.
A short tale from some excursions included using English coins in West Germany in 1981. It was possible to use 3 English five pence pieces in cigarette machines to purchase 20 Marlboro as the five pence piece was the same size as a DeutshMark. Therefore paying 15p for a 75p [3 DeutschMarks] packet of ciggies.
The 'Drachma' Shirt should be in stores by March along with the 'Escudo' Jacket and newly named 'DeutshMark' [Short sleeved] Polo.
Posted by Eighties at 03:32