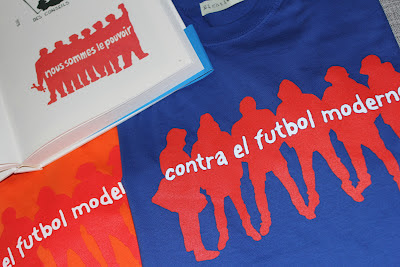 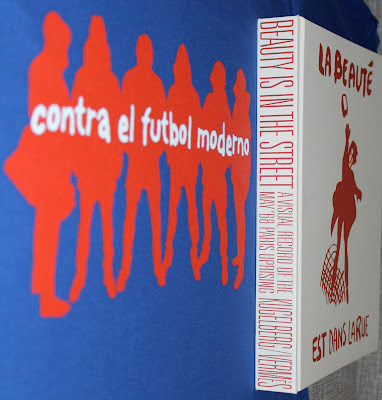 We are at present designing a few T-Shirts based on the 1968 French Student Riot Posters. The designs encompass' the 'Against Modern Football' stance that has gained popularity across the continent.
Our first T-Shirt is being produced in two languages French and Spanish. The idea of the posters and now these T-Shirts was and is to convey the grievances of those involved in the protests.
The French design should be on our website in the following few days whereas the Spanish one will be in Stores from Saturday.
Those Stores include Ran, Distant Echo, Stone, Threads, Bronx and our Poland friends.
Posted by Eighties at 03:02