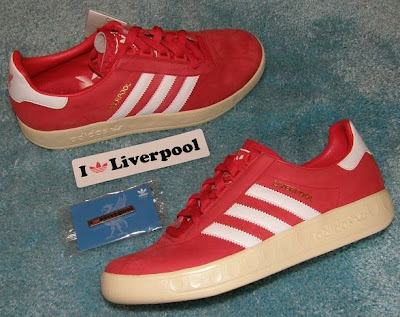 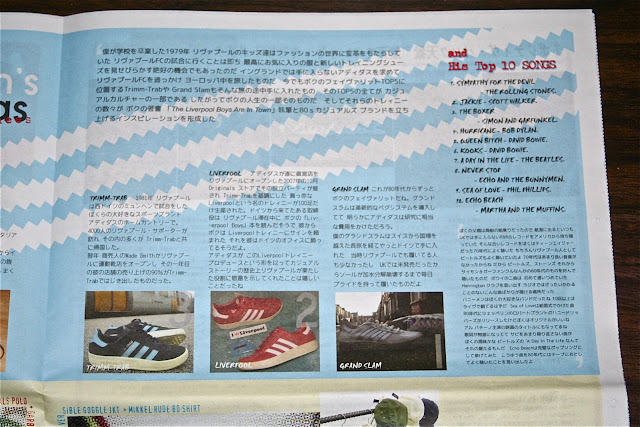 In a recent article for a Japanese Magazine I was asked for my favourite adidas trainers. The adidas Liverpool came in amongst the Top 5 due to their rarity and the fact that adidas had finally acknowledged and paid homage to Liverpool being at the forefront of the Casual movement with its infatuation with adi trainers.
Only 100 of the trainers were produced for the opening in October'07 of the adidas Originals Store in Liverpool and the following day they were all snapped up within an hour.
The Liverpool has the Trimm-Trab silhouette with a gold Liver Bird on the heel. One of the 100 pair are held in the adidas German Headquarters.
There are a pair on eBay at the moment which would be ideal for a collector with the initial bid being £100. A pair sold recently for £215.
http://www.ebay.co.uk/itm/rare-ADIDAS-trimm-trab-LIVERPOOL-trainers-100-MADE-size-6-brand-new-in-box-/110931941707?pt=UK_Men_s_Shoes&hash=item19d40f194b#ht_500wt_1202
Posted by Eighties at 08:05