30 YEARS AGO TODAY in GERMANY 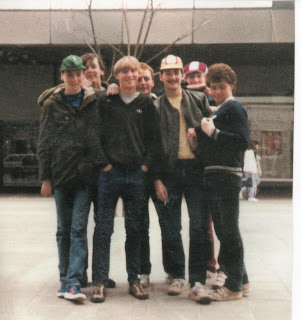 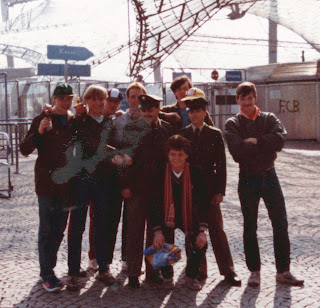 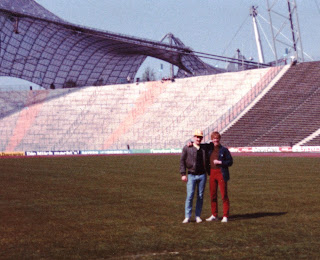 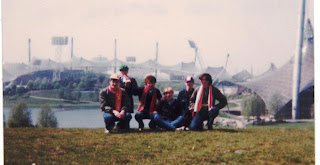 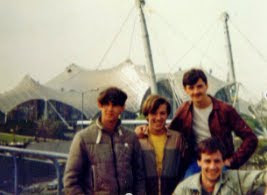 It was 30 years ago today that Liverpool played Bayern Munich in West Germany for a place in the European Cup Final to be played in Paris, France.
Possibly more significant at the time though was that this was the game that propelled adidas training shoes and Casual culture into the realms of mainstream. The game attracted an exodus of approximately 4000 Liverpool fans, manly of them only 16 to 20 years of age, who were intent on acquiring some of the latest adidas unavailable back home.
We boarded the train at Lime Street with our Head Bags in hand, only half full as some space was needed for the goodies awaiting us at the home of the best footwear brand in the World.
We knew there would be many designs to choose from, Trimm-Trab, Tom Okker Professional, Grand Slam and Grand Prix had begun to filter through to the streets of Merseyside on the feet of those firms plying their trade on awaydays to Europe.
The recession in Britain meant most stores would not import the expensive training shoes, so it was a duty of those who travelled to become entrepreneurs and import the shoes themselves.
Munich did not disappoint, with lapse security and footwear starved teenagers, candy and sweetshop springs to mind. Sports Stores had the shoes on display in pairs and many an old pair of Stan Smith was left on the shelves as a replacement for the new footwear now perfectly fitting many a young scallywag.
On returning to our homeland, the demand for these new designs became exponential. There wouldn't be long to wait though as Liverpool had done the proverbial business and succeeded in seeing off the German champions and the date was now set for a trip to the French capital in May.
Posted by Eighties at 08:48