QUADROPHENIA - OUT OF MY BRAIN 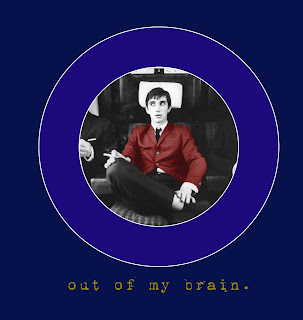 Soon to be distributed to stores is our latest film inspired T-Shirt. In 1979 The Who's rock opera Quadrophenia premiered on screens with a young Phil Daniel's taking the lead roll of Jimmy. A disillusioned Mod with a complex set of personalities loosely based on the The Who's four members. The T-Shirt depicts Jimmy's journey back to Brighton on the 5.15 train, "out of his brain" after a large consumption of drugs.
The Mod era of the 60s draws many parallels with the Casual culture. Dismissed by Cultural Historians at first, it had it's roots in the working class youth who had a taste and obsession for style and fashion.
The Royal Airforce roundel insignia used on our design became a symbol of the Mod culture and was used to customize jackets.
Posted by Eighties at 12:50