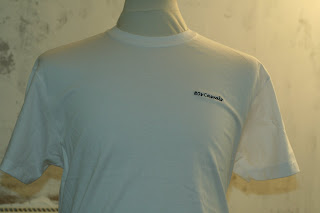 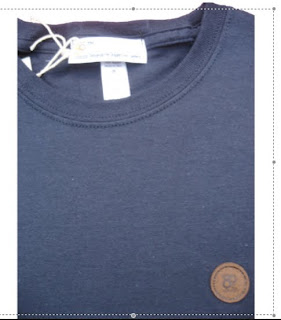 This April sees the 80s Casuals travel inspired plain T-Shirts released. 'The Ordinary' and 'The Special' were the two forms of train travel in the 70s/80s. 'The Special' was usually organized by the club with British Rail and was the most organized form of travel with a police escort to the ground awaiting, while 'The Ordinary' was the frequently run everyday British Rail train journey. This enabled the groups of fans using this service to roam freely upon arrival at the destination.
'The Ordinary" T-Shirt is a website exclusive for now and has the 80s Casuals leather badge on the left breast while 'The Special' T-Shirt has the 80s Casuals signature embroidered on the left breast and is only going to be available at our usual stockists.
These small logos remind us of the discreet symbols of the Casual era such as an Armani eagle or the Lacoste crocodile which still inspire us and many others to this day.
A plain T-Shirt was always a Summer essential on its own or worn under a plain V-Neck jumper on cooler days.
Both styles of T-Shirts will be available soon retailing at £20.
Posted by Eighties at 13:03