ONCE UPON A TIME IN FLIMBY - NEW BALANCE


For a good while now we have been championing New Balance footwear as a chic alternative to some of the poorly thought-out re-issued trainers aimed at terrace goers of late. In light of that we have made some good friends there and recently Jay was invited up to the factory for the day to see what makes these guys tick.
Here's his account of the day.
Flimby is the tiniest of places just outside of Workington on the Cumbrian coast line.  I won’t try to give you a history lesson about the brand as they do that so much better on their own website. Too many brands focus on origins and former glories but at NB I was blown away by what happens in there UK production factory right now. 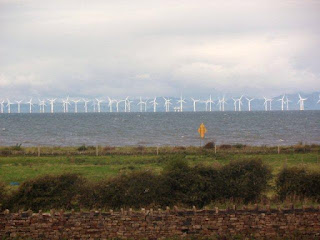 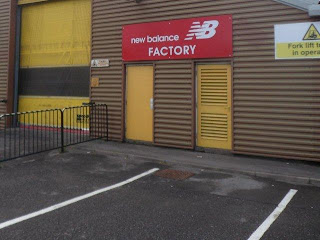 Upon arrival there was no airs and graces to this set up, just a ‘what you see is what you get attitude’ which I quite frankly found very refreshing. Similar to our own ethos, NB don’t try to be something they are not, but they do focus on what they are passionate about and do it very well. After a good old natter with Jon and Mark I was introduced to factory legend Jim Fox who has been with the company for over 26 years and has another 15’s worth of experience under his belt before that! He explained that currently the Flimby site employs over 200 staff, but as the demand for rare British manufactured goods grows they are struggling to keep up with demand and are currently training new highly skilled ‘cutters’ and ‘stitchers’ which is an art that takes 12 months or more to master, if you are up to the grade. 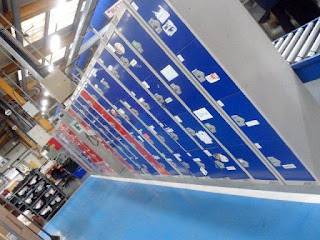 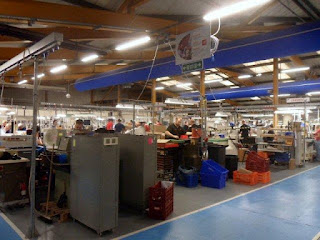 NB are famous for their lasts which cater for a wide range of sizes and more uniquely a generous variety of widths. Every shoe starts with one of these many lasts with the current front runners (see what I did there) being the 576 and 577 (although I must say I was hugely excited by a sneak peak at the resurrected 620 for next season). 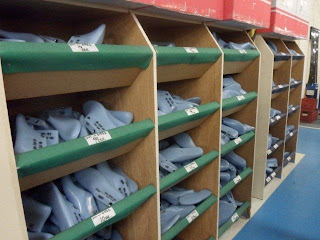 The leather room was our next stop and being a fan of all things colourful this was a place of wonder for me. Here the correct fabric is matched to the sample and then inspected for imperfections before the cutting can begin. 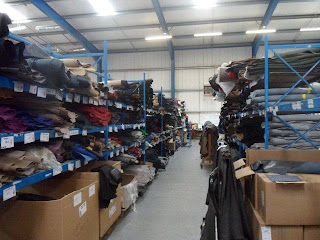 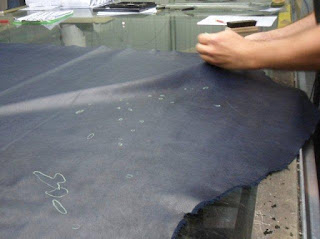 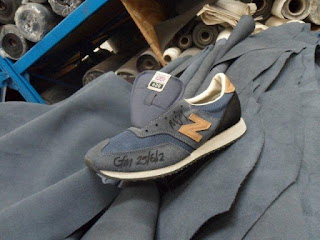 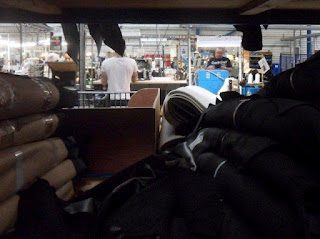 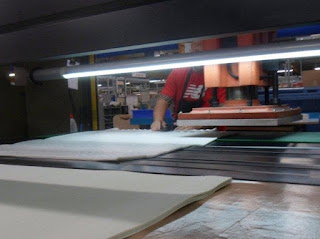 Once cut the leather can then have any finer detail added, such as the embroidery, heel cap, tongue label and famous ‘N’. 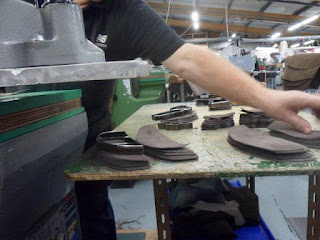 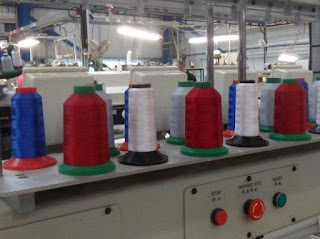 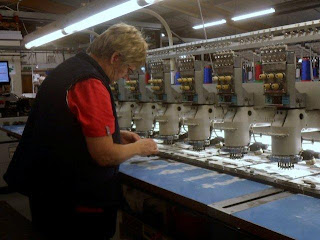 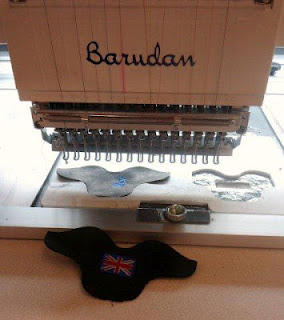 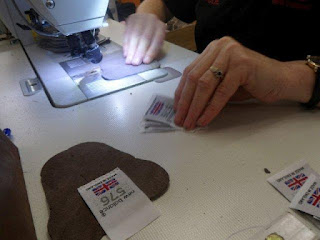 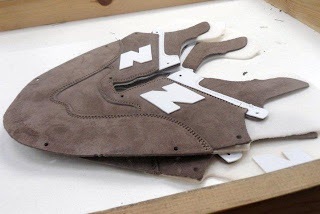 From here on in the shoe was moulded and took shape through some mind boggling processes that were made to look like putting a burger in a bun by these talented crafts folk.  Now most of my friends work in factories and I consider myself a very lucky man that I don’t have to, as to be quite frank it would bore me senseless. However this workforce can’t afford to lose concentration for a second as every unit requires the utmost attention for perfection and these people seemed to love what they do with very few returned as substandard upon final inspection. 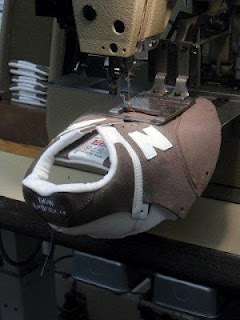 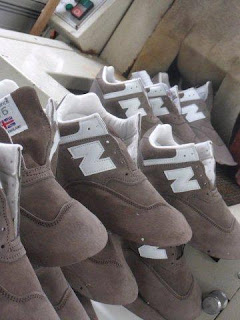 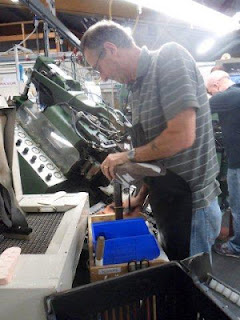 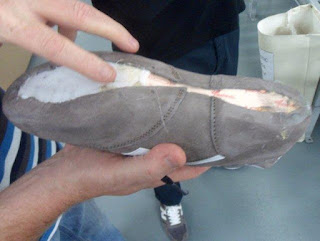 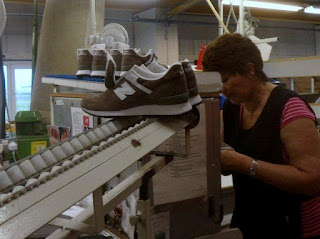 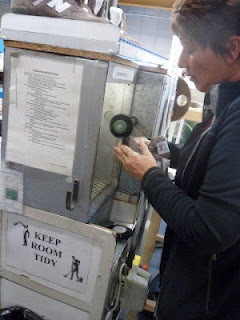 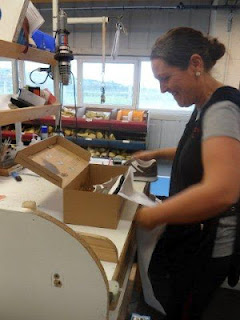 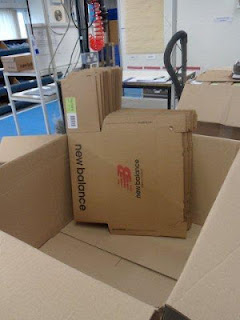 Now the icing on the cake was a little treat Jim had saved for me knowing our passion for football. Tucked away in his desk was the original lasts made to fit the golden feet of Man U and England legend Bryan Robson, who was the brand ambassador for their football boots at the peak of his career. Since then NB have sadly stopped football boot production, due to the next generation wanting the latest rainbow boots from those with no history in the beautiful game and as mentioned earlier NB don’t pamper to fads. 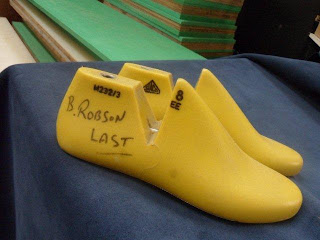 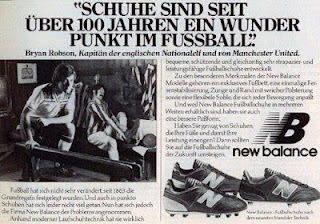 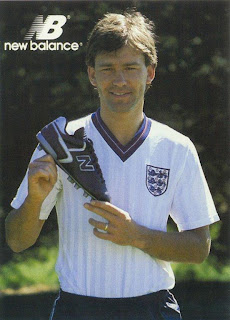 So a big thanks to all our friends at NB and especially the big Man Jim, we hope to have the honour of working with you in the not too distant future! 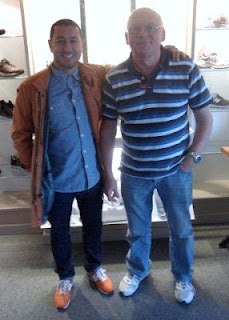 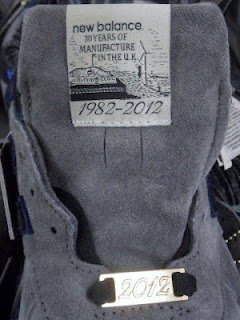