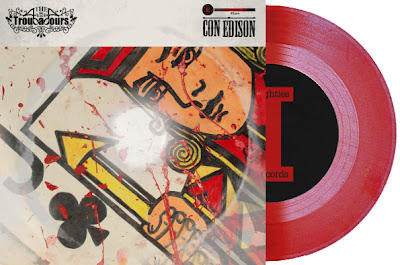 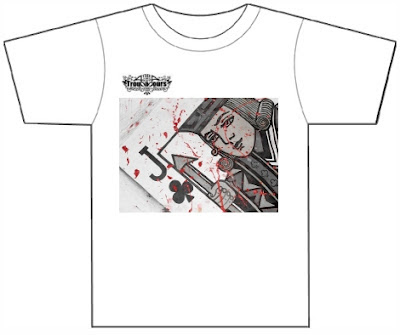 The first release on the Eighties Vinyl Records label is being sent to the vinyl manufacturers tomorrow. The Sand Band 7" single 'When We Kiss' should be ready to post in approx 3 weeks. The 80s Casuals Limited Edition Sand Band T-Shirt for the vinyl label sold out in the first two days and has been sent to those who purchased.
Almost immediately we are onto EVR002 with The Troubadours 'Con Edison' next up. The Troubadours had a Top 10 album in Japan a few years back but due to label difficulties were unable to release it here. As Eighties Vinyl does not hold anyone to contract and is Non Profit, we are able to release the Limited Edition 7" coloured vinyl with the aim of publicising the fact that the band are back together hoping to secure a deal to release the aforementioned album.
A Limited Edition 80s Casuals T-Shirt with a signed Postcard is being produced to co-incide with the release of the single.
All details are here for the Singles and T-Shirt.
www.eightiesvinylrecords.co.uk
Posted by Eighties at 11:09