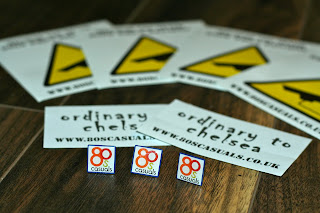 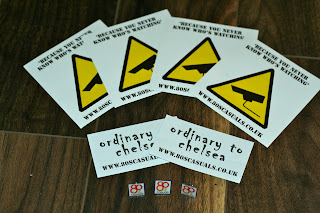 It's been a few years since we have produced some promotional goods. 6 years ago it was stickers which were despatched freely with T-Shirt orders and began appearing all over Europe with lads taking them on their clubs European travels. Then a year or so later we produced a badge which had the old 80s Casuals colourful logo on.
So seeing as the 80s logo has since changed shape and colour we thought it only right to produce a badge which again shall be available without charge with our Bucket Hat.
The Hat is due hopefully in the next two weeks and will be sent to shops a.s.a.p as we know many festival goers are eagerly anticipating their arrival.
Posted by Eighties at 13:25