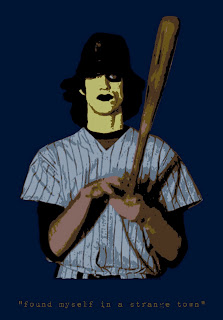 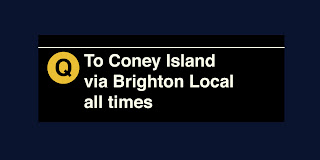 New York can inspire you in many ways. On a recent visit we jumped the Brooklyn bound subway train, It's final destination being Coney Island. Instantly the cult classic "The Warriors" sprung to mind and visions of the Iconic Wonder Wheel from the film.
45 years ago in 1965 Sol Yuricks book was published, little did he realise that it would lead to one of the best gang/youth films of our generation.
Paying personal homage to the film and commemorating the books 45th anniversary we have chosen the baseball furies, whose startling imagery jumped from the screen, as our design. The furies were created due to director Walter Hills love of baseball and the band 'Kiss'.
The front of the T-Shirt captures Cobb the leader of the gang who was named after baseball legend Ty Cobb with the back of the neck having a subway sign for Coney Island, home of The Warriors.
The T-Shirt will be available in early July along with a couple of other new designs.
Posted by Eighties at 10:03