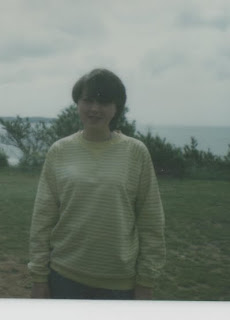 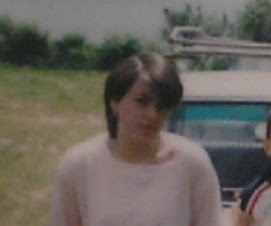 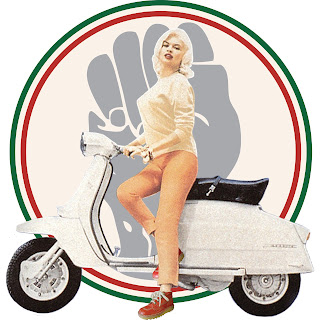 In the summer of '79 and '80 the scouse lads and girls who were into the fashion of the day would, as your mother wouls say, put on there Sunday best. It was an easy and enduring look of jeans with Pod, Kickers or Kios plus a nice T-Shirt or shirt. Jeanette had the flick to die for [another necessity] and would meet up with the lads each weekend, minding their sovereigns on a match day whilst they got up to some shenanigans at the game. During the summer months once the season had finished, it was off to Southport for some fun.

'We would meet up in town [] and all get the train together. Some weeks there'd be about 30 or 40 of us. I remember one week I'd been going on at me mum to get me some new Kickers. I finally got a baby pink pair and wore them for the first time on the next excursion to . I had me Kickers and a pair of white Inega jeans with a French Connection check shirt on. You had to get dressed up or you'd get the piss taken out of you all day. When we were at the fair, the caterpillar was for snoggin' because you could pull the covers over and no one would see you. The lads would then go into the funhouse and the girls would be look-out to tell them if anyone was going in. As soon as anyone went in who wasn't a scouser they'd get punched and kicked and threw about the place in the dark. This became a regular occurrence until one week when they had security patrolling inside the funhouse to stop them scousers. I think they even called the police on another occasion.'

The girls fashion mirrored the lads from about '77 to '81 with both wearing Pod, Kickers, the same jeans [lois, fiorucci, inega etc], tops by Marc O'polo, French Connection and check shirts, polos and t-shirts. As the lads went off to liberate of the finest of sportswear, the girls fashion took a separate route. As the lads ran around in Fila and Tacchini tracksuits, the girls went for the leather look, with leather jeans and skirts, closely followed by loose fitting jumpsuits.