The knowledge of clothing has always been a compulsion of the Casual. The male wardrobe has always been quite conservative, therefore the clothing needs to have that added detail, whether it be a story behind the garment or the finer details in its manufacture. These finer details can include its country of origin, the material used or its rarity, hence the mass market for vintage.
This obsession for quality clothing can lead to the world of Collecting. From not wanting to part with a jacket or trainers because of the history in finding or purchasing the piece soon amounts to a wardrobe full of gear which can goes years without being worn.
One collector and friend from the 80s Casuals forum is Darren or Oliver Beer to give him his user name. Darren appears in todays Telegraph newspaper in an article on the male fashion obsessive.
Here is his piece from the article, the remainder of the article can be found here;
http://fashion.telegraph.co.uk/news-features/TMG8407241/Hes-gotta-have-it.html

He's gotta have it

From the man who collects swing tickets to the one who wants to be cremated in his favourite parka - enter the weird world of the male fashion obsessive. 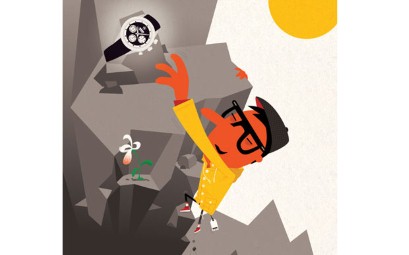 For Oliver Beer, it all started quite innocuously, at a football match in 1985. He was watching his beloved Stoke City play when he noticed another fan wearing a handsome-looking jumper with a logo he had never seen before. They got talking, and the man explained that it was Stone Island, a new brand by an Italian designer called Massimo Osti. Afterwards Beer tried looking for it, but this was before the internet, before there were designer clothes available in every city centre and mail-order catalogue, and he drew a blank until the next year, when a shop called Review in Newcastle-under-Lyme began selling it. He bought his first piece - a sweatshirt - as soon as he could afford it. 'I've still got it. It cost me a week's wages.'

Beer was working nights as a printer for a national newspaper, so when eBay came along in 1995 he had time in the day to surf the German and Italian sites, buying rare jackets by Stone Island, CP Company and other labels that Osti had designed for. 'I was snapping up coats I'd never seen,' he says. 'Talking to the people who were selling them, I learnt more and more about the label. And it just mushroomed. I loved all the quirky details, and the weird materials they used: glass, metal, paper. The first ones, the Marina range, were made out of old yacht sails. It was so different from anything else I'd seen.'

At one point, Beer owned more than 200 coats, although he has now slimmed his collection down to about 50. 'I couldn't see the point of having boxes and boxes of jackets in my loft that weren't getting the use that they're designed for,' he says. 'But I've still got a lot of the older, rarer pieces, the quirkier bits which I like. People come to the house and say, "Can I have a look at your jackets?" And I'll spend two or three hours in the back bedroom, talking about them. I love having conversations when you go into the detail: why is that zip like that?'

I'm wondering how many of those visitors are women, and Beer laughs and says none at all. 'My missus thinks I'm crackers,' he says cheerfully. 'She'll bring up a cup of tea and take the mickey out of us: "This jacket's got goggles on, this jacket's got a torch on!" But over the years she's learnt to put up with it.'

Although he has pruned his collection, Beer is still buying and selling. He's a postman now, but his online trading pays for his family holidays. The day we talked, he had just bought a Stone Island NOC-1 jacket. 'It's got a rubber hood that's based on a helicopter pilot's helmet,' he says lovingly. 'I've had two hoods for years, but I never got round to finding the winter jacket. This one came on eBay, and the guy had an absolutely dire description of it, but I knew what it was. I paid about £50.' The most he has ever paid for a coat was £800; but he has sold them on for as much as £1,800.

He had also acquired a field jacket with multiple pockets by an Osti offshoot label called Left Hand, and was buying back a shooting jacket with rubber patches on the elbows and shoulder that he sold to a friend in Reading a few years ago. He won't be doing any shooting in it, he adds, but he will wear it to the match on Saturday - he and his son are Stoke City season ticket holders. Oliver Junior is 11, and already owns a Stone Island goosedown coat. 'It's really nice,' his father says wistfully. 'But at the moment he's more interested in Lego.'

Still, Beer believes in planning for the future. In his will, he has specified which coat he would like to be cremated in: a 1988 CP Company parka with a rabbit-fur hood.