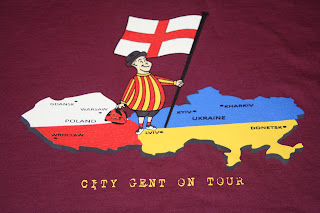 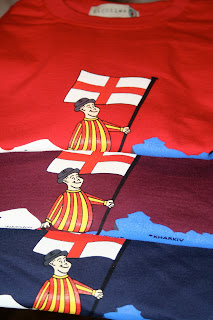 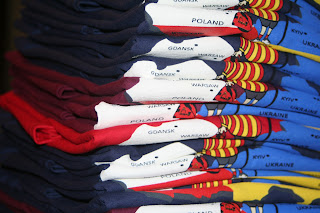 An-X on Sunbridge Road in Bradford have an exclusive design coming soon. The Bradford City Gent is going on tour to the Euros with a Head bag in hand and a pair of Samba on his feet.
The City Gent character is one of two mascots associated with the club. It was first introduced in the 60s and is also the name of the longest running football fanzine in the U.K. Produced by Bradford City supporters it was first available in November 1984.
The T-Shirts come in three colours, Red, Navy and Claret.
Posted by Eighties at 13:49