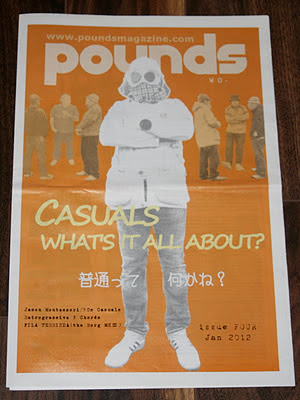 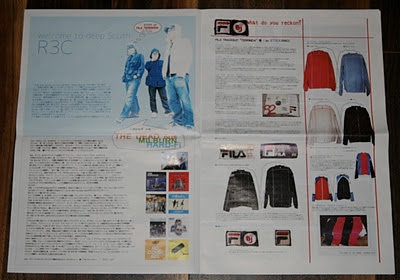 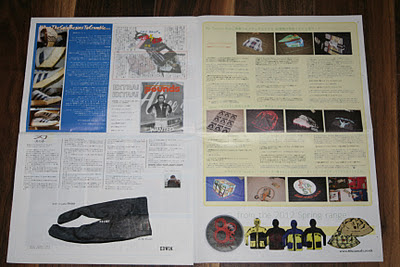 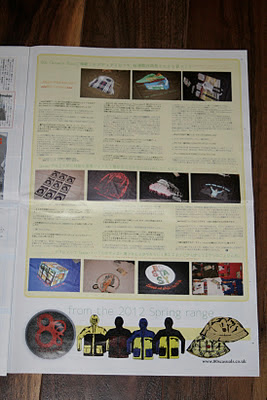 Over the last couple of years we have gained a bit of a cult following in Japan. The Casual culture and it's Style has been adopted and adapted by a small following from Tokyo to Sendai. Japanese 'Casuals' are seen as a celebratory identity rather than anything to do with the Football association witnessed here. They want a more active, self aware look away from the mainstream culture of the Country.
Recently we were approached to do an interview for a independent Japanese magazine. 'Pounds' is a large broadsheet of 8 pages and issue 4 is totally devoted to 'Casuals'. From what we can make out by the English headings, the content consists of music,  a descriptive article on the Fila Terrinda, Edwin and the crumbling soles of vintage Trainers, plus our own interview from Jay Montessori.
I'm sure copies are available via the website should any of our Japanese followers wish to purchase a copy.
http://sweeeteh.blogspot.com/
Posted by Eighties at 10:15