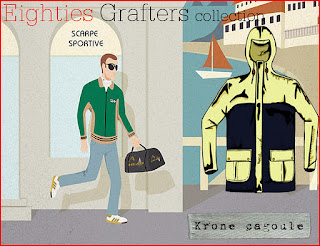 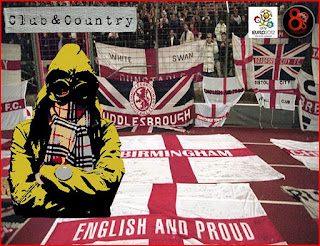 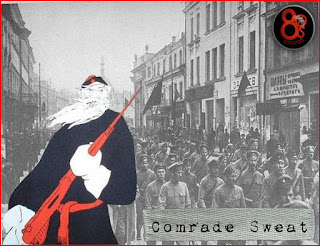 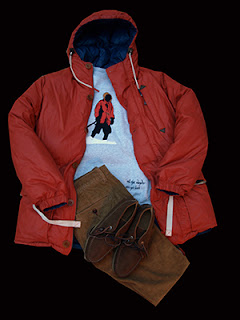 February will see the first garment arrive from our S/S12 'Grafters' Collection in the shape of the eagerly anticipated 'Krone' Cagoule, which will be available in a range of Four colourways. Stockists will be listed closer to it's launch.
Prior to that, the next few weeks will signal the launch of our highly exclusive 'Club & Country' tee's, featuring the infamous Mille Miglia coat, Burberry scarf and St Georges flag. We are trying to cover as many English teams as possible in time for the Summers European Championships frenzy, so don't panic if you don't see yours in the initial batch! As there are only 40 tee's per team being produced (in some cases even less), we will announce with fair warning the launch dates and times for all individual teams via our blog, facebook page and twitter.

Also later this month, we will re-visit one of our very early Russian inspired designs in the form of the 'Comrade' Sweatshirt. The first design took inspiration from the 1980s Maccano label and we have worked on that to produce an up-dated design.
Before that we introduce a re-stock of the quick selling 'Hillary' Sweatshirt in some old and new colours. The Sweatshirt should arrive in the coming week just as a cold spell sweeps the country for the first time this Winter.
All release dates and Stockists will be posted up here as soon as we take delivery.
Posted by Eighties at 12:12