AWAYDAYS FILM and THE CAGOULE. 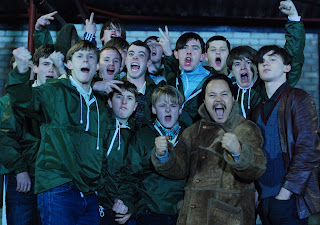 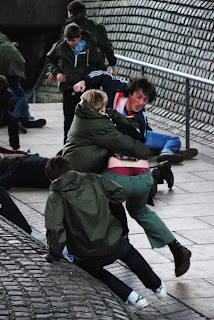 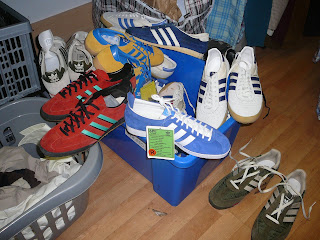 Kev Sampsons 'Awaydays' finally made it to T.V. last night, two years after its cinema release. For those who missed it, as it was on late, here's a link to the full film;
http://www.bbc.co.uk/programmes/b01074hf
The iconic green Peter Storm Cagoule was used as a reference for "The Pack's" uniform. The company behind the brand would not give clearance for the films makers to use their product, therefore the jackets were home-made by producer/music composer David Hughes' wife.
A year prior to the film being made 80s Casuals were also inspired by the Peter Storm Cagoule and we manufactured our own Jacket. We called it the 'Awaydays Cagoule' with the inspiration for the name coming from Sampson's 1998 'Awaydays' book.
After raiding our stock room recently, we found a number of these pieces and decided to put them on our Ebay site for those interested. The waterproof Cagoule is available in Khaki or Navy with only a few sizes available.
http://shop.ebay.co.uk/80scas/m.html?_trksid=p4340.l2562
Kev"s new film 'Powder' is due for release this year. Centred on the story of a new band breaking through, the story gives an accurate account of the machinations of the music business, with Kev drawing on his time as manager of Liverpool band 'The Farm'.
Posted by Eighties at 00:58