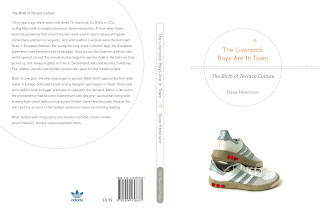 "The Liverpool Boys are in Town" book is now sold out. Published by Bluecoat Press in December 2008, the book was limited to a run of 2000
and looks like it will not be re-printed.
Initially "The Liverpool Boys" was written, self published and printed in 2004.
300 were made and numbered but the response was so great that they sold out in two weeks.
A re-run was then produced with 2200 of the do-it-yourself book being sold over a four year period until Bluecoat Press totally re-designed it with added pics and a touch more extra written material. Thanks to all who have purchased the book over the years.
Posted by Eighties at 13:39