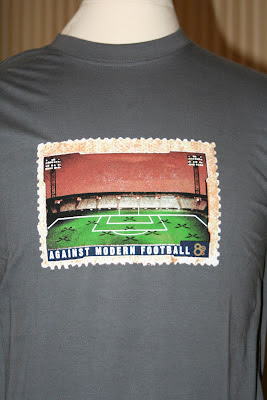 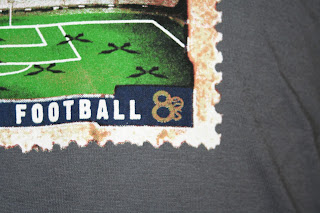 The third installment of our Against Modern Football series is at present an exclusive for the Shops.
Attack, Attack, Attack showcases the 2-3-5 attacking formation favoured by most clubs during the 70s. The players silhouettes are produced via the pylon Floodlights which also seem to have disappeared from the Modern game.
The T-Shirt should be in Stores early next week if not already by this weekend. The Shops taking stock include; Bronx, Distant Echo, Ran, 80s CasualClassics, Gregorys, Closer [Japan], Threads and Terraces.  Check the website for addresses; http://www.80scasuals.co.uk/stockists.html
Posted by Eighties at 06:24