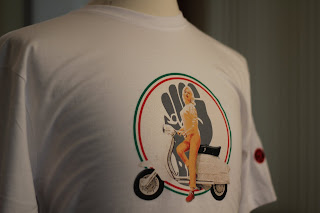 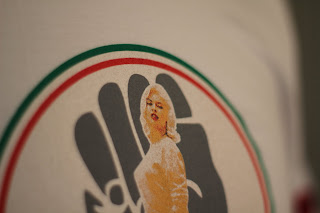 The first of our three new T-Shirt designs for this month should be on-line this weekend.
The 'Jayne' scooter tee is named after the actress depicted (Jayne Mansfield). The leading blonde sex symbol of the 50s and 60s had several box office hits, winning awards including a Golden Globe and Golden Laurel. Jayne appeared in a few Lambretta ads in the early 60s as well as being a playmate of the month in Playboy.
The design will be available in Navy, Raspberry, Sky Blue and Olive.
Stores taking delivery next week include Ran, Stone, 80s Casualclassics, Manifesto and Hip.
Posted by Eighties at 11:03